Home Education The Commitment of Da'wah as Leader by Misbakhul Munir

The Commitment of Da'wah as Leader by Misbakhul Munir

Dear Sobat, we will discuss the commitment of Da'wah as a leader. As it is known together that a leader is a reference for people who are around him on certain aspects. Thus the realm of Da'wah is inseparable from every person of a leader. 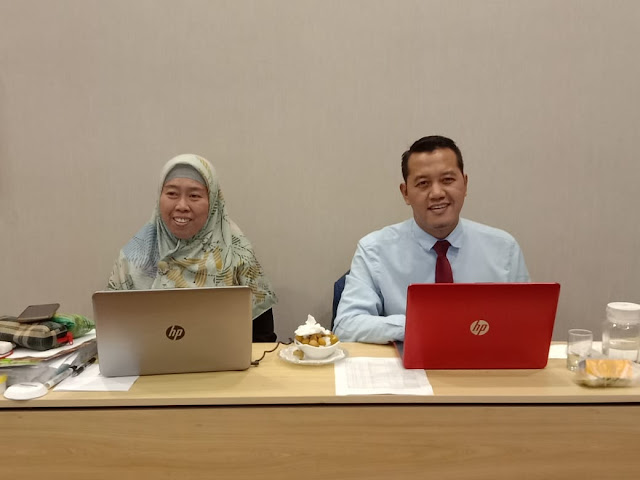 As a speaker at the school principal training activity, held by the Indonesian Quality Education Center Surabaya, which was planned for six days from 26-31 July 2019, Misbakhul Munir as executive director of Central KPI Surabaya, saying that Da'wah is essentially changing something from what it's supposed to be.
If we study further than what was conveyed by the Executive Director of the KPIS Surabaya, then the correlation between the leader and Da'wah is so sticky and can not be separated between each other. Thus, for a leader there must be clarity of the purpose in which he stepped and from which side he looked at everything should need planning.
Furthermore, he, as a leader, must not be a "Semprung Gelinding", which is like a glass lamp that rolls out unclear without direction. As leaders, they must have a clear vision and mission where the institution he leads will take.
Sobat Infodasar, next to Misbakhul Munir in the training head of school I explained about how the balance of life as a leader. He explained that in principle the life balance is divided into two kinds, namely:


Internal balance is a life balance sourced from within each person that includes:


He continued, that this point was the first thing that each Muslim person must solve as a leader. According to Mr. Miskbah his greeting name, that in principle a leader is how he affects others while the level of influence of a leader relies on mental preparedness, high awareness of spirituality, maturity Emotional, and primed physical health. 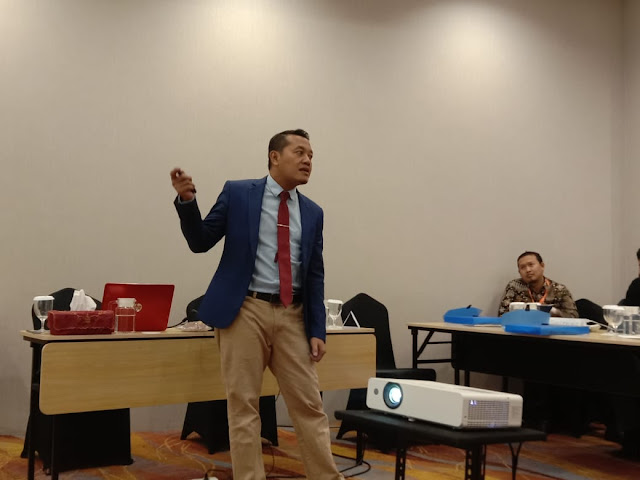 When all internal aspects are complete with each leader, then they have to do their balance on the external side.


The external balance is all aspects that relate to one's person in carrying out his role as social beings. That belongs to this aspect such as work, family, community organization, etc. In the training, he gave an illustration related to the head of the school, that after the Internal balance has been fulfilled, then the next is to settle the external balance of how it Communicate with the family at home, ask for a wife's view and give her an understanding of the impact of the new work she is in.


Being a Good Leader

In the DKS I did not forget to insert the evidence of the Koran in relation to the basic principles of a good leader and liked his subordinates. He quoted Al-Imran (vv. 159).

"Therefore, because of the mercy of Allah, ye shall be meek against them. If you're hard-hearted, they're about to distance yourself from around you. So forgive them, and ask forgiveness for them, and be with them in that business. Then if you have made a determination, then laugh at God. Indeed, Allah loves those who laugh with him. " 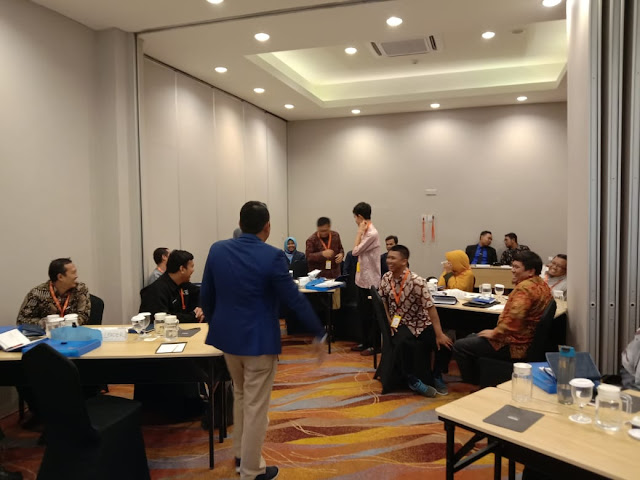 The evidence that he quoted, giving lessons is very valuable to us as a leader, that a gentle attitude in addition to the hope of every person, he is also a command of Allah SWT. The abusive behavior that a leader is shown will make people around him away even harder to accept the truth delivered.
Next is forgiving is a very glorious thing especially if done by those who have authority over a thing. Last Misbakhul Munir said that, be in forgiving those who are in your house and do not wait for forgiveness of them because the fact that there is forgiveness is not apologizing and it is a remarkable thing. Wallahu A'lam.