Definition of Philosophy in General and in the Opinion of Experts 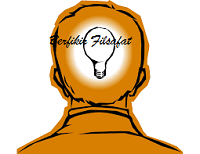 Definition of Philosophy in General

The definition of philosophy in general is the study of the condition of life and the concept of human thought is done critically with the description to the most basic level.
Think philosophy is not done in an experiment or with the test path but think philosophy is done by describing the problem critically, looking for solutions and laying out the right argument to complete the Persolan The. The estuary or the end of the philosophical process originated from the dialectic process of logic thinking and logic of the language. This is absolutely done because philosophy is the activity of human thought to its roots or seek truth to the most basic level.

In philosophy, logic is a fundamental foundation in achieving truth. By it, seeking the absolute truth with a philosophical path will be difficult to find considering the human perspective of the truth differs depending on the point of view where it sees.

Think philosophy stems from a doubt, speculation, curiosity, and a sense of interest in a particular object. Philosophy denies human beings from religious relations is seeking truth by putting aside dogma or religious understanding.

Thus, from the explanation above, it can be concluded on the general sense of philosophy that is the process of thinking critically by using logical thinking and language logic to find a truth according to reason With the exclusion of dogmas or the rules of religion to the roots or the most basic level.


Philosophy Definition in the Opinion of Experts

Harold H. Titus expressed a sense of philosophy as an attitude and critical thinking of the retained beliefs or beliefs.

Hasbullah Bakry has the view that philosophy is a study of science concerning everything in a distant and profound way about the Godhead, the human being and the universe with knowledge of how people behave when discovering knowledge As a result of philosophy.

Prof. Dr. Muhammad Yamin stated that philosophy is the way one finds his true personality by concentrating on his mind.

Prof. Dr. Ismaun, M. Pd, stated that philosophy is the process of discovering true truth through thought and contemplation with the mind and the Qalbu that is done in a sense that is a critical and systematic, fundamental, universal thinking Or concerns the whole, as well as integrative and radical.

Plato states that philosophy is knowledge to discover the true truth.

Aristotle states that philosophy is a science of truth in which there are rhetoric and metaphysics, ethics and aesthetics, economics and politics.