Home Religion 10 Reasons Why Muslims Should Learn The Quran

10 Reasons Why Muslims Should Learn The Quran 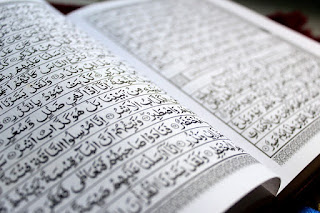 Quran is the word of Allah SWT. That has an undisputed meaning and cannot be found in other books of the world. In addition to the depth of meaning that the Quran brings, there is also a language that makes it separate from one of the world's writings in general and Arabic in particular. The Koran is a divine book that leads mankind in which way Muslims turn away when they encounter problems because the Quran has a solution to every problem and it is a guide to all aspects of life.

Allah SWT said about the Koran:  "This is the book (Quran), which is no doubt, guidance to those who are Al-Muttaqoon [the righteous]. " (Quran, 2:2)

We must learn the Koran because of our religious duties and also for many other reasons mentioned below:


The Koran is a source of guidance for all mankind. Reading or studying the Qur'an will help you to find the direction in your life and God SWT has promised to man that the effect of reading and understanding the Qur'an is to:  "Take man from the depths of darkness to light " (Quran, 14:1) and  "Guide them in a peaceful way" (Quran, 5:16)


The Qur'an will intercede on the Day of Judgment. The Prophet Muhammad SAW that:  "Read the Koran, for it will come on the day of the position as an intermediary for the companions. " Muslims


If someone ever thought about his destination/whereabouts then just open the Koran and read from it. The Koran will provide insight on how to live with the purpose to serve the Almighty God and many verses from the Quran book speaks of the origins of human existence and the universe. In the Koran, Allah SWT says:  "He created death and life to test you which is the best in deed." (Quran, 67:2)


We must learn about our Islamic religion from the holy Quran as it is pure, an unchanging message from Allah (SWT), nothing has been added, removed, and changed from it because the Quran is the word of God. In the Koran Allah (SWT) says:  "and the word of your Lord has been fulfilled in righteousness and injustice. No one can change his word, and he is hearing, who knows.  "(Quran, 6:115)


Reading the Quran can be made interesting and in doing so it can start a kind of conversation with Almighty God. Examples that can be seen in the form of the Prophet (SAW) read the Koran:  "And when he (the prophet) recite the verse referred to the glory of God, he glorified him, the great, and when he read the verses that mention the petition, he prayed, and When he reads the passage that mentions looking for protection from Rabb he seeks (his) protection  "(Muslims).


Learning the Quran as a reading will lead all of them who are read regularly to heaven. The Prophet We Love (SAW) states:  "The Koran is a mediator, something that gives permission for intercession, and that is the right to believe. Whoever puts him in front of him, he will take him to paradise; Whoever puts him in his back, he will direct him to the fire of hell. "


If you want to be the best person in God's eyes then teach the Quran of others and learn it too. In the hadeeth, the beloved prophet Muhammad (SAW) said:  "The Best of you is the one who learns the Quran and teaches it to others." Bukhari


When a Muslim reads the Quran, it affects the heart and purifies it by cleaning it from all the dirt that sticks on it. Allah SWT says in the Quran:  "O man! It has come to you a counsel from your lord and a cure for (sickness) in your heart and for those who believe in guidance and mercy.  "(Quran, 10:57)


This earthly life did not end at death. There is a life after death (hereafter) that will be forever. The Koran will teach you about the hereafter and you can read all about the marvelous privileges and beauty of heaven that Allah (SWT) has promised to believers.


Allah SWT said in the Koran:  "And when the Surah is revealed, some of them ask " Which of you do this increase him in faith? ". As for believers, it increases them in faith and they rejoice.  "(Quran, 9:124)