Home Religion Understanding The Concept Of Love In Islam

Understanding The Concept Of Love In Islam

There is no religion that urges its followers to adopt love, compassion, and intimacy together like the religion of Islam. This should happen at all times, not just on certain days. Islam encourages to show affection and love for each other all the time.


Concept of Love in Islam

In the Hadith, the Prophet Muhammad says:  " When a man loves his brother, he must tell him that he loves him.  "(Abu Dawood and al-Tirmithi)

In another Hadith mentioned: "For the sake of the god which is my soul in his hands, you shall not go to heaven unless you believe, and you shall not believe unless you love one another. Should I point you to something that if you continue to do so, you will love each other? Spread the peace greetings among you.  "(Muslim) 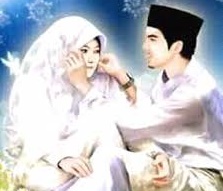 In addition, Muslim affections include dead beings. Speaking of Mount Uhud, the Prophet Muhammad said:  " This is Uhud, a mountain that loves us and we love it. "(Al-Bukhari and Muslim).

Love in Islam encompasses all, comprehensive and sublime, not confined to one form only, namely the love between a man and a woman. In contrast, there is a more comprehensive, broader and sublime meaning. There is love for Allah SWT, the Prophet Muhammad, the companions, May Allah be pleased with them, and the love of good and true people. There is the love of Islam, Menjunjunginya and make it win and love martyrdom for the sake of Allah SWT and other forms of love. Consequently, false and dangerous limiting the significance of love is just for this kind of love alone.


Islamic Marriage For Love and Compassion

Perhaps some people are influenced by what is reproduced endlessly by media, movies and TV series, Day and night, thinking that marriage will not succeed unless it is based on a pre-marital relationship between a young couple to achieve harmony Between them and secure a successful marital life.

Not only that, but many people are also influenced by the call to mix between two genders, fornication, and many other moral deviations. This leads to great corruption and severe wickedness as well as violations of chastity and honor. I will not argue this accusation from this point of view but through studies and real numbers.

In a study conducted by Cairo University (a neutral orientation university that is not an Islamic authority to submit to pressure) about what it calls "wedding love " and "traditional wedding ", The following is concluded:

In other words, the number of successful marriages in the so-called traditional marriage is six times as much of love marriage. (Risaalah Ila Mu' minah)

The study was confirmed by other similar research conducted by the University of Syracuse in the U.S. This study showed no doubt that love or desire is not a guarantee for a successful marriage; Instead, it often leads to failure. An alarming level of divorce confirms these facts.

Commenting on this phenomenon, Professor Saul Gordon, a lecturer at the university said, "When you are in love all over the world revolves around your loved ones. The wedding then comes to prove the opposite and destroys all your perceptions. This is because you find that there is another world you should be aware of. It's not a human world, but a world of concepts, values, and habits that you didn't notice before. "

Frederick Koenig, a professor of social psychology at Tulane University, said, "romantic love is very strong and emotional, but does not last long, while true love is associated with land and life and can withstand trials." He added, "It's impossible for someone to adopt a strong emotion in romantic love. This love is like a cake, someone enjoys eating it, then followed by a period of fall. While true love means sharing the concerns of daily life and cooperation to continue. In this framework, one can achieve his human needs. "(Koran Al-Qabas: Quoted from Risaalah Ila Hawwaa).

The love spoken about in this article relates to real life, it is expressed in the Koran as compassion. Allah Ta'ala speaks (what it means): "And from His signs is that he created for you from your own spouse that you may find tranquility in it and he makes among you compassion and mercy." (Quran 30:21)

How much knowledge is ' Umar ibn Al-Khattab, RA with him, when he spoke to the woman and said, "If any of you do not love her husband, he should not tell him about this, because only a few houses are based on Love Instead, people live together based on good moral and Islam. "